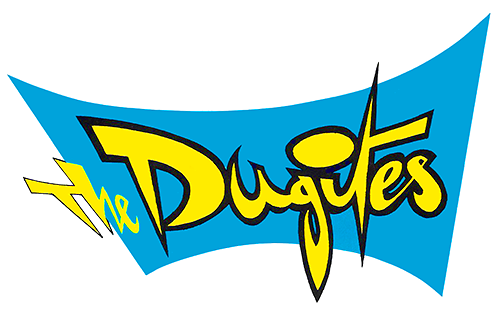 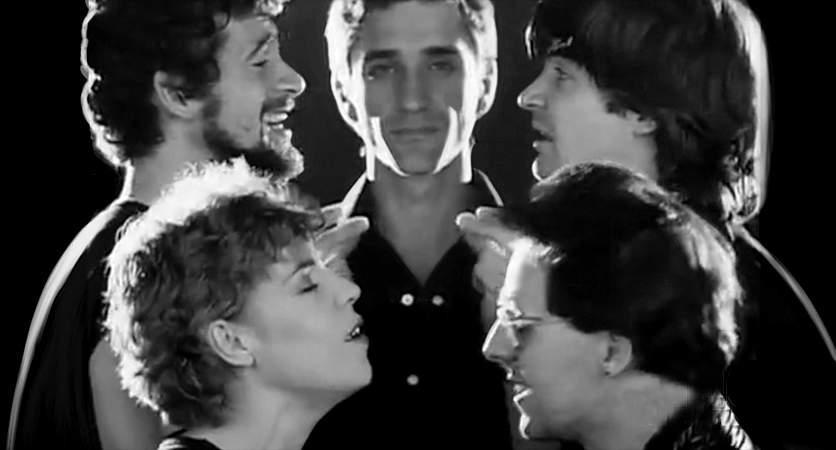 The 1980s were an incredible era for Australian music. They brought us some of the greatest hits from AC/DC, Men At Work, Cold Chisel, Midnight Oil, the Hoodoo Gurus, and of course, the Dugites. An Australian rock band formed in the late 1970s, the Dugites were a memorable fusion of many different musical styles, including power pop, new wave, and electronic rock. Like the Western Australian brown snake with which the band shares their name, their songs shocked like a venom cocktail, spreading political messages and memorable hooks through catchy, addictive hits.

Straight out of Perth, the Dugites changed the world when they formed in 1978. Little did they know that in a matter of just a few years, they would be appearing on Countdown, touring across Australia, and becoming radio superstars! The quintuple threat of Lynda Nutter, Peter Crosbie, Gunther Berghoffer, Clarence Bailey, and Phillip Bailey started out as the backing band for Dave Warner in 1979, and their first single “Hit Single”/”Bruce” was self-financed. But soon this would all change. That very same year, the Dugites signed with the Deluxe label, and were distributed by RCA records! From there, they released several hit singles, such as “In Your Car”, “Waiting” and “Juno and Me”, and produced multiple albums. The Dugites were famous both in and out of the record store, and they were also infamous when it came to Australian radio. The banned 1980 Dugites song “Gay Guys” from the single “South Pacific” was the first song played by 2JJJ-FM Triple J! 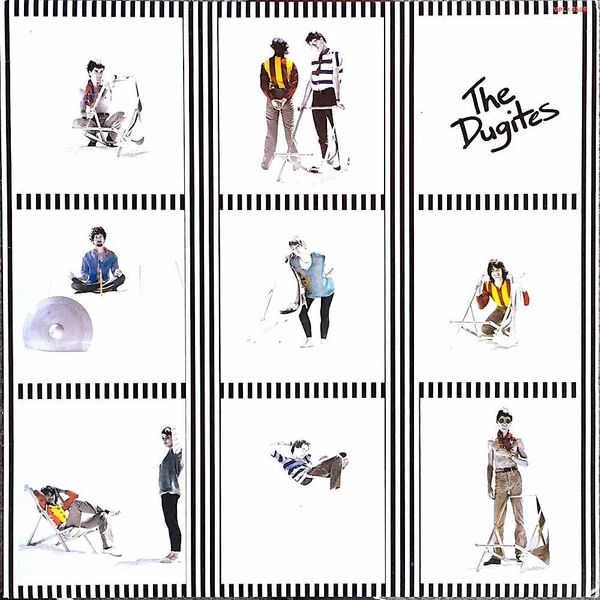 The Dugites released their first album in 1980, named simply The Dugites. It reached No. 22 on the Australian Album charts, and even attained gold status with over 35k copies sold! This wouldn’t be the first time The Dugites topped the charts, either… The album spawned three singles, 1980’s number 34 listing for July’s Australian Singles charts “In Your Car”/”13 Again”, as well as “Goodbye”/”No God, No Master” and “South Pacific”/”Gay Guys” in October, which reached No. 90 for the Australian Singles chart. Fast forward to 1980’s Countdown Music Awards, and the band received a nomination for Best New Talent, AKA the Johnny O’Keefe Memorial Award, and Lynda received a nomination for Most Popular Female. To top off this golden era for the Dugites, December 1980 saw the band as the opening act for Elton John’s concert at the Perth Entertainment Centre!

1981 saw the release of their second album, West Of The World. Just like their first album, this one was produced by Bob Andrews of Graham Parker and the Rumour. ﻿West Of The World﻿ also saw notable success, peaking at number 33 on the Australian album charts for 1981! The album spawned two singles that same year, the number 40 winner “Waiting”/”Who Loves You More?”, as well as “Part of Me”/”Never Touch”.

With Lynda’s memorable vocals, Peter’s excellent keyboard, Gunther’s rockin’ guitar, Phillip’s outstanding bass, and Clarence’s hectic drumming skills, it was clear that the Dugites were to be cemented into popular culture. Even though the members would eventually change, the Dugites’ iconic sound would stay true to itself – Paul Noonan, who also was part of Dave Warner’s crew from the Suburbs eventually took over Phillip Bailey’s bass role in 1980. Two years later, Gunther departed, but his mantle was taken up by ex member of The Sports, Andrew Pendlebury. After Andrew joined, the single “No Money”/”Decide” was released via Rough Diamond in July, as was the album “No Money” in August as a tie-in. After this, Andrew’s guitar role was then handed off to Bob Fallovic, an ex member of Stockings known also as Boris Garter. Paul Williamson also added a jazzy touch to the band’s sound with his saxophone. 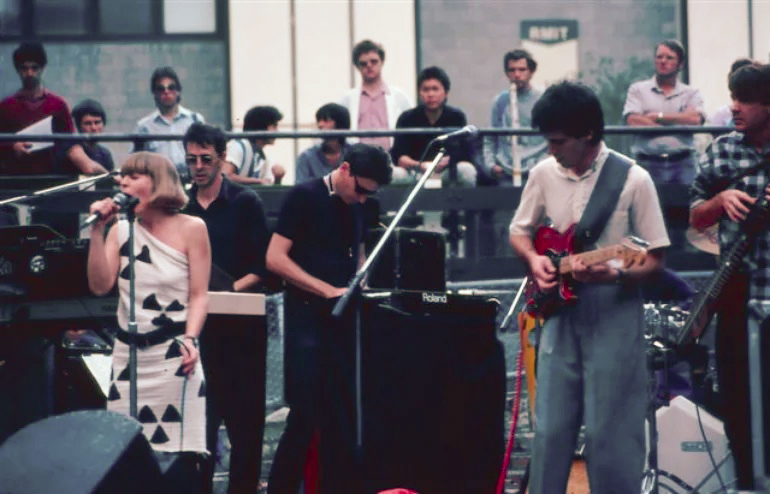 However, this too would not last forever – by the time 1983 rolled around, Lynda, Peter, Phillip and Paul were the only ones left. The band may have grown smaller, but the remaining members stayed loyal to the iconic sound that was the Dugites. They signed up with Mercury/PolyGram in 1984 and their third album, Cut The Talking, hit the airwaves and stores around the world. This album spawned three singles, 1983’s “Cut the Talking”/”Michael and Rodney”, 1984’s number 60 Australian chart topper “Juno and Me”/”Everything Must Change”, and 1984’s “It Ain’t Like That”/”All That I Want”. After these successes, Peter Kaldor and his saxophone, as well as John Crosbie and his trombone both joined the group on tours, however it wasn’t to last – as 1984 ended, so did the Dugites. The following year saw Lynda and Phillip appearing on numerous TV shows such as Hey Hey It’s Saturday, and upon the pair deciding to live in Melbourne, Phillip once again picked up his drumsticks for work in “Randy and JahRoots”, an afro reggae group helmed by Randy Borquaye. Drumming alongside Phillip was Dezzy ‘Animal’ McKenna from Hey Hey. And so while the legend of the Dugites became past tense, they were always remembered, whether it be in nostalgia, or in the future endeavours of the band members on new projects.

Even today they are remembered fondly – the new website for The Dugites, www.thedugites.com, has all the videos, media, and other tidbits you could possibly want, whether you’re a newcomer or a longtime fan of the band. Even though the Dugites were not around forever, especially when compared to some of the other Australian classics from the 80s like AC/DC, their memory is just as treasured, and their sound will never be forgotten – the legacy they’ve left on the musical world is plain testament to that fact. This Dugite snake may have slithered home, but the bite it left on Australia’s musical culture will be a tale that’s told forever. 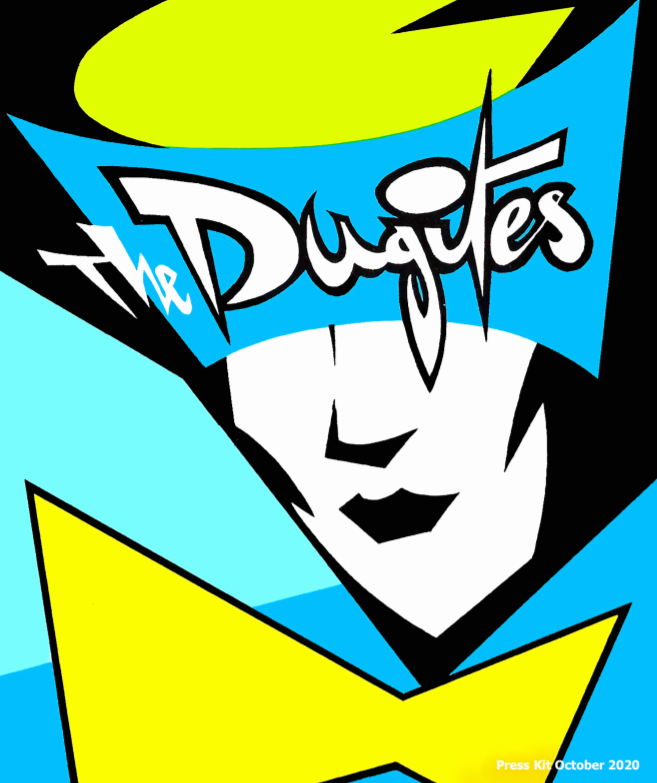